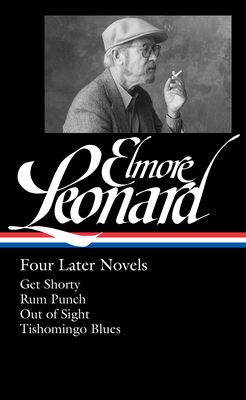 The definitive edition of an American master of crime fiction culminates with four modern classics. In Get Shorty, a Miami loan shark with an idea for a movie finds a way to break into Hollywood as a producer, the perfect setup for Elmore Leonard’s brilliantly satiric take on an industry he knew well. Rum Punch (filmed by Quentin Tarantino as Jackie Brown in 1997) shows an aging bail bondsman and an airline stewardess matching wits against lawmen and criminals alike. In Out of Sight, deputy U.S. marshal Karen Sisco and escaped bank robber Jack Foley find themselves thrust together in a highrisk fusion of violent adventure and unlikely romance; included as a special feature is “Karen Makes Out,” the story that introduced Sisco. The collection concludes with Tishomingo Blues, a kaleidoscopic story involving exhibition high divers, Civil War reenactors, and an unforgettable cast of gangsters and hustlers. This is Elmore Leonard at his unbeatable best.

The editor of this volume, Detroit native Gregg Sutter first met Elmore Leonard in 1979 and began working for him in 1981. He is currently at work on a biography of Leonard, from his unique perspective as his full-time researcher for more than thirty years.
Loading...
or
Not Currently Available for Direct Purchase