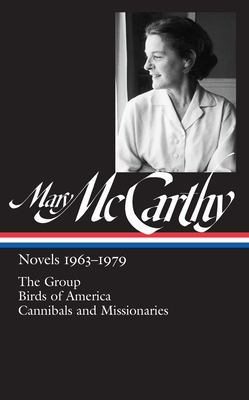 In Mary McCarthy's most famous novel, The Group (1963), she depicts the lives of eight Vassar College graduates during the 1930s as they grapple with sex, sexism, money, motherhood, and family. McCarthy's final two novels—Birds of America (1971), a coming of age tale of 19-year-old Peter Levi, who travels to Europe during the 1960s, and Cannibals and Missionaries (1979), a thriller about a group of passengers taken hostage on an airplane by militant hijackers—are both concerned with the state of modern society, from the cross-currents of radical social change to the psychology of terrorism. As a special feature, this second volume contains McCarthy's 1979 essay "The Novels that Got Away," on her unfinished fiction.

Thomas Mallon, editor, Thomas Mallon is the author of nine novels, including Watergate, Finale, and Fellow Travelers, as well as seven books of nonfiction.  A protégé and friend of McCarthy's, he is a regular contributor to The New Yorker and The New York Times Book Review.
Loading...
or support indie stores by buying on