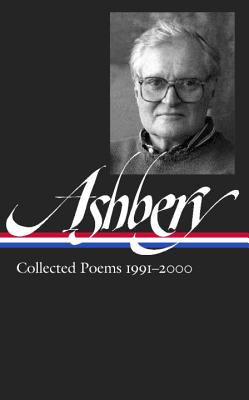 The second volume of Library of America's definitive edition, including the modern classic Flow Chart in a newly corrected text.

Published for his ninetieth birthday, Library of America presents the second volume of John Ashbery’s collected poems, spanning a crucial and prolific decade in the poet’s work. The volume opens with the indispensable Flow Chart (1991), in a complete text for the first time. The other collections gathered here—Hotel Lautréamont (1992), And the Stars Were Shining (1994), Can You Hear, Bird (1995), Wakefulness (1998), and Your Name Here (2000)—show Ashbery perfecting the playful, cerebral style that has made his poetry a genre unto itself, highly influential and often imitated. Long an art critic and one of the shrewdest observers of the American art scene, Ashbery engages with the renowned outsider artist Henry Darger in the fascinating book-length poem Girls on the Run (1999), inspired by the exuberant, unsettling fictional universe Darger created. The volume concludes with a selection of twenty-six previously uncollected poems.

Mark Ford, editor, is the author of three acclaimed collections of poetry, Landlocked, Soft Sift, and Six Children; his Selected Poems was published in 2014. His book-length interview, John Ashbery in Conversation with Mark Ford, was published in 2003. His most recent book is Thomas Hardy: Half a Londoner (2016).
Loading...
or
Not Currently Available for Direct Purchase