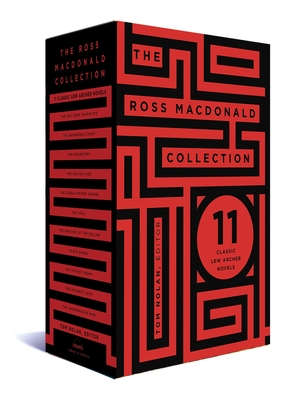 Ross Macdonald transformed the detective novel into a literary expression of unique psychological depth and drama. Here, for the first time in a deluxe three-volume Library of America boxed set, are eleven of his classic Lew Archer mysteries.

“The finest series of detective novels ever written by an American.” --The New York Times Book Review

“Macdonald brought a new method of psychological construction to the hard-boiled novel … he was in line with many of the important mid-century movements of American literary fiction, and deserves to be seen as a worthy addition to them.” — The Times Literary Supplement

Tom Nolan, editor, is the author of the definitive Ross Macdonald: A Biography (1999). In addition to the three-volume Library of America edition of Macdonald’s fiction he has edited The Archer Files (2007) and (with Suzanne Marrs) Meanwhile There Are Letters: The Correspondence of Eudora Welty and Ross Macdonald (2015).
Loading...
or
Not Currently Available for Direct Purchase