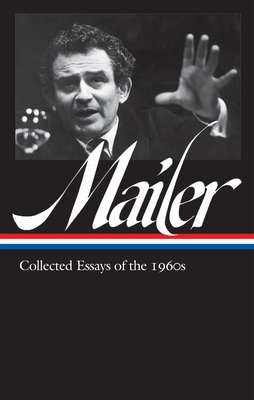 Politics, war, sex, boxing, and the art of writing: an era's most controversial writer at his slashing and provocative best

The electric and fearless essays of Norman Mailer were essential to the intellectual climate of 1960s America. Here, gathered into one volume for the first time by acclaimed Mailer biographer J. Michael Lennon, are all the essential essays from the classic collections The Presidential Papers (1963), Cannibals and Christians (1966), and Existential Errands (1972), each a fascinating window on one of the most extraordinary and tumultuous decades in the nation's history. A self-appointed exorcist of the culture's demons and an unrestrained mythologizer of his own identity, Mailer contemplated and often skewered icons of politics and literature, charted psychosexual undercurrents and covert power plays, and gloried in the exercise of a pugnacious prose style that was all his own. Whether writing about Jackie Kennedy or Sonny Liston, the realist tradition in America or the internal culture wars of the Republican Party, the death of Ernest Hemingway or the battle against censorship, Mailer was always ready to intervene in what he called "the years of the plague."

J. Michael Lennon emeritus professor of English at Wilkes University, is Norman Mailer's editor and biographer, and president of the Mailer Society. His books include Norman Mailer: A Double Life(2013) and Selected Letters of Norman Mailer (2014).
Loading...
or
Not Currently Available for Direct Purchase