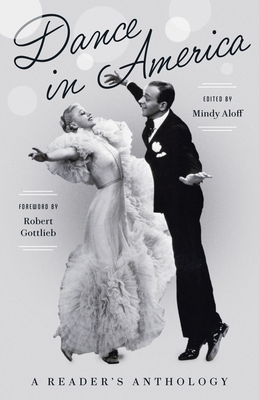 A Reader's Anthology: A Library of America Special Publication

From ballet and Balanchine to tap and swing, a treasury of unforgettable writing about the beauty and magic of American dance.

From the beginning, American dance has been an exciting fusion of many disparate influences, with European traditions of ballet and social dancing encountering Native American rituals and African American improvisations to create something new and extraordinary. In this landmark collection, dance critic Mindy Aloff brings together an astonishing array of writers—dancers and dance creators, impresarios and critics, and enthusiastic literary observers—to tell the remarkable story of the artistry, innovation, and sheer joy of a great American art form. Here is dance in its many varieties and locales: from tap and swing to ballet and modern dance, from Five Points to Radio City Music Hall, and from the Lindy Hop to Michael Jackson’s Moonwalk.

With 100 selections spanning three centuries, this is the biggest and best anthology on American dance ever published. Here are the most acclaimed dance critics, including Edwin Denby, Joan Acocella, Lincoln Kirstein, Jill Johnston, and Clive Barnes; the most inventive and influential choreographers and dancers, among them George Balanchine, Merce Cunningham, Paul Taylor, Twyla Tharp, Allegra Kent, and Mikhail Baryshnikov; and a dazzling roster of literary figures, such as Ralph Waldo Emerson, Emily Dickinson, Hart Crane, Edmund Wilson, Langston Hughes, and Susan Sontag. Here too are rare and hard-to-find texts, several previously unpublished, among them Jerome Robbins’s reflections on the secret of choreography and an inspiring commencement address from Mark Morris.

Praise For Dance in America: A Reader's Anthology: A Library of America Special Publication…

Mindy Aloff has taught dance criticism and history at Barnard College and serves as editor of the Dance Critics Association News and consultant to The George Balanchine Foundation. She is the author of Dance Anecdotes: Stories from the Worlds of Ballet, Broadway, the Ballroom, and Modern Dance (2006) and Hippo in a Tutu: Dancing in Disney Animation (2008). She edited Agnes de Mille's Leaps in the Dark: Art and the World (2011). Her writing has appeared in The New Yorker, The New York Times, The Village Voice, The Atlantic, The Nation, The New Republic, and many other periodicals and anthologies.
Loading...
or support indie stores by buying on