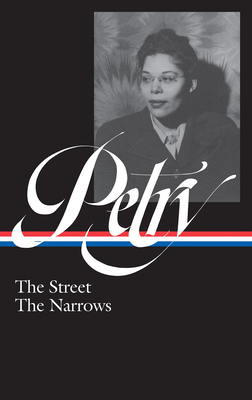 In one volume, two landmark novels about the terrible power of race in America from one of the foremost African American writers of the past century.

Ann Petry is increasingly recognized as one of the essential American novelists of the twentieth century. Now, she joins the Library of America series with this deluxe hardcover volume gathering her two greatest works. Published in 1946 to widespread critical and popular acclaim--it was the first novel by an African-American woman to sell over a million copies--The Street follows Lutie Johnson, a young, newly single mother, as she struggles to make a better life for her son, Bub. An intimate account of the aspirations and challenges of black, female, working-class life, much of it set on a single block in Harlem, the novel exposes structural inequalities in American society while telling a complex human story, as overpriced housing, lack of opportunity, sexual harassment, and racism conspire to limit Lutie's potential and to break her buoyant spirit. Less widely read than her blockbuster debut and still underappreciated, The Narrows (1953) is Petry's most ambitious and accomplished novel--a multi-layered, stylistically innovative exploration of themes of race, class, sexuality, gender, and power in postwar America. Centered around an adulterous interracial affair in a small Connecticut town between the young black scholar-athlete Link Williams and white, privileged munitions heiress Camilo Sheffield, it is also a fond, incisive community portrait, full of unforgettable minor characters, unexpected humor, and a rich sense of history. Also included in the volume are three of Petry's previously uncollected essays related to the novels and a newly researched chronology of the author's life, prepared with the assistance of her daughter Elisabeth Petry.

"Petry will always feel on time. Her kind of talent will always feel startling and sui generis: The music of her sentences, and their discipline; her unerring sense of psychology; the fullness with which she endows each character, which must be understood as a kind of love; the plots that commandeer whole hours and days. . . . Her work endures not only because it illuminates reality, but because it harnesses the power of fiction to supplant it." — Parul Sehgal, The New York Times

Her father a pharmacist and her mother a hairdresser and shopkeeper, Ann Petry (1908-1997) graduated from the Connecticut College of Pharmacy and returned to her Old Saybrook, Connecticut, home town to work in the family pharmacy. Marrying in 1938, she moved to New York City, where she wrote for The Amsterdam News and The People's Voice, performed with the American Negro Theatre, studied art, and began to publish short stories. Her critically acclaimed first novel, The Street (1946), became the first book by an African American woman to sell more than a million copies. Returning to Old Saybrook to raise her daughter, she went on to write the novels Country Place (1947) and The Narrows (1953), Miss Muriel and Other Stories (1971), the young adult historical novels Tituba of Salem Village (1955) and Harriet Tubman: Conductor on the Underground Railroad (1955), and other works.