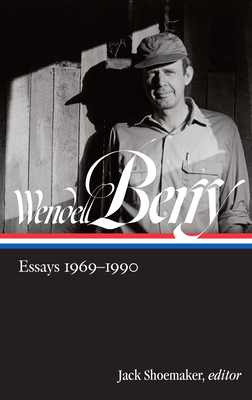 The first volume of the Library of America's definitive two-volume selection of the nonfiction writings of our greatest living advocate for sustainable culture.

This first volume collects thirty-three essays from nine different books, including his first, The Long-Legged House (1969), What are People For? (1990), with its still provocative essay "Why I am Not Going to Buy a Computer," and the complete text of his now classic The Unsettling of America (1975), whose argument about the enormous ecological, economic, and human costs of industrial agriculture has, as the author notes, "not had the happy fate of being proved wrong."

Berry's essays remain timely, even urgent today, and will resonate with anyone interested in our relationship to the natural world and especially with a younger, politically engaged generation invested in the future welfare of the planet.

The Unsettling of America

The Long-Legged House
The Hidden Wound
A Continuous Harmony
Recollected Essays
The Gift of Good Land
Standing by Words
Home Economics
What Are People For?