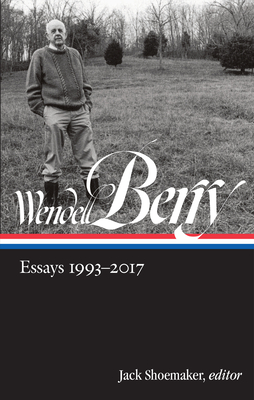 The second volume of the Library of America's definitive two-volume selection of the nonfiction writings of our greatest living advocate for sustainable culture.

In this second volume, forty-four essays from ten works turn to issues of political and social debate--big government, science and religion, and the meaning of citizenship following the tragedy of 9/11. Also included is his Jefferson Lecture to the National Endowment for the Humanities, "It All Turns on Affection" (2012). Berry's essays remain timely, even urgent today, and will resonate with anyone interested in our relationship to the natural world and especially with a younger, politically engaged generation invested in the future welfare of the planet.

Life is a Miracle

Sex, Economy, Freedom & Community
Another Turn of the Crank
Citizenship Papers
The Way of Ignorance
What Matters?
Imagination in Place
It All Turns on Affection
Our Only World
The Art of Loading Brush