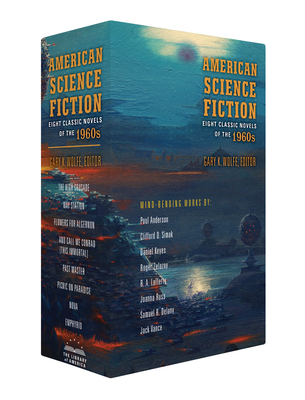 Gary K. Wolfe is Emeritus Professor of Humanities at Roosevelt University and the author, most recently, of Evaporating Genres: Essays on Fantastic Literature and Sightings: Reviews 2002-2006. He has received numerous awards for his critical writing including the British Science Fiction Association Award, the Pilgrim Award from the Science Fiction Research Association, the Distinguished Scholarship Award from the International Association for the Fantastic in the Arts, and the World Fantasy Award. He writes regular review columns for Locus magazine and the Chicago Tribune, and co-hosts with Jonathan Strahan the Hugo-nominated Coode Street Podcast.
Loading...
or support indie stores by buying on