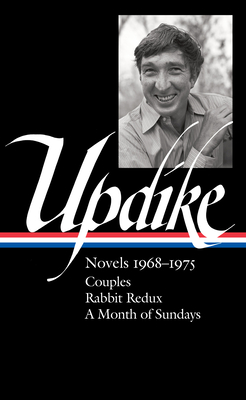 Here for the first time in one volume are three of John Updike's most essential novels--the scandalous Couples, the brilliant Rabbit Redux, and the uproarious A Month of Sundays--which together form an unforgettable triptych of the social turbulence that roiled America from the Kennedy to the Nixon years. Written with the grace, verve, and style of one of literature's most sophisticated entertainers, these books not only reveal Updike's genius in characterization and his formal versatility as a novelist but also delve into the complexities of sex and marriage, social class and personal morality, and the difficult quandaries of the flesh and the spirit. As a special feature the volume also presents two short pieces that shed light on the novels and the tale "Couples: A Short Story," the origin of the novel of the same name, written in 1963 but deemed unsuitable for publication by The New Yorker.

Christopher Carduff is Books Editor of The Wall Street Journal and a former consulting editor at the Library of America. He is the editor of John Updike’s posthumous collections Higher Gossip: Essays and Criticism, Always Looking: Essays on Art, Selected Poems, and Collected Stories.
or support indie stores by buying on
Copyright © 2020 American Booksellers Association