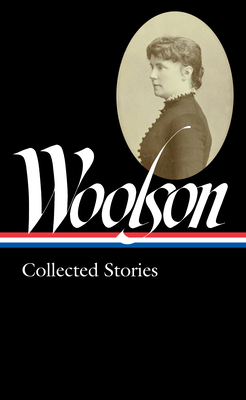 A landmark of literary recovery: the first major edition of an overlooked genius who in her lifetime was considered 19th-century America's greatest woman writer

In the eyes of her contemporaries, Constance Fenimore Woolson (1840-1894) ranked with George Eliot as one of the two greatest women writers of the English language. She wrote fiction of remarkable intellectual power that outsold those of her male contemporaries Henry James and Willian Dean Howells. James enshrined memories of his long, complicated friendship with Woolson in The Beast in the Jungle and The Wings of the Dove, and more recently Colm Tobin treated the relationship in his novel The Master. But Woolson's close association with James, and her likely suicide in Venice, have tended to overshadow her own literary accomplishments, pigeonholing her as a martyr to the male literary establishment. This volume, the most comprehensive gathering of Woolson's stories to date, represents the culmination of decades of recovery work done by scholars, and puts the focus back on the work, where it belongs.

Set variously in the Great Lakes region, the post-Civil War South, and Europe, Woolson's short stories often concern outsiders of one kind or another--prophets and misfits living in remote landscapes, uneducated coal miners, impoverished spinsters, neglected nuns, a haunted caretaker of the dead, destitute southerners, and female artists driven to extreme behavior as they seek the admiration or approval of established (male) critics or writers. Woolson's minute realism captures both the social texture of her time and the inner emotional lives of these overlooked and marginalized characters. Most of all her writings startle us with their simmering intensity, their sensual descriptions of the environment, and refusal to smooth out the ambiguities and tensions that inevitably result from human efforts to communicate and connect. Her fiction is deeply human, resonating with a power across the centuries that makes them remarkably modern for today's readers.

"Woolson is one of those great ignored American writers, a writer of amazing stories that have a lucid spark and a keen wit. She was serious, and worthy of being considered along with James and William Dean Howells -- though she was a lot more fun." —The Arkansas Democrat Gazette


"[E]ven after a generation of recovery [Woolson's] life remains better known than her work. The twenty-three stories collected in this volume should change that. . . ." —Micahel Gorra, The New York Review of Books

Anne Boyd Rioux is a Professor of English at the University of New Orleans, President of the Constance Fenimore Woolson Society, and the author of three books: Writing for Immortality: Women and the Emergence of High Literary Culture in America (2004), Constance Fenimore Woolson: Portrait of a Lady Novelist (2016), and Meg, Jo, Beth, Amy: The Story of Little Women and Why It Sill Matters (2018).
Loading...
or
Not Currently Available for Direct Purchase