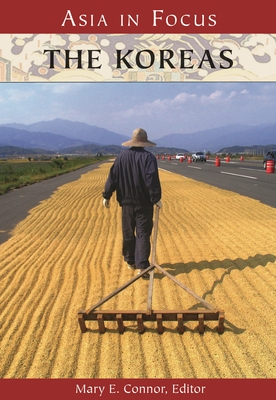 The Koreas (Asia in Focus)

Asia in Focus: The Koreas presents an authoritative and unprecedented look at the contrasts and similarities between the history, geography, politics, economy, culture, and society of North Korea and South Korea. It offers a wealth of new insights into North Korean life, as well as extensive explorations of Korean music, arts, language, cuisine, and popular culture, including the Korean wave, which began with the export of Korean television dramas to other parts of Asia and has spread South Korean culture around the world. Also included are sections on women's history and roles, class and ethnicity, and a wide range of contemporary issues.

For a deeper understanding of one of the most closely watched regions of the globe, this volume is a must.

Mary E. Connor is president and co-founder of the Korea Academy for Educators, San Marino, CA. Her published works include ABC-CLIO's The Koreas: A Global Studies Handbook.
Loading...
or support indie stores by buying on