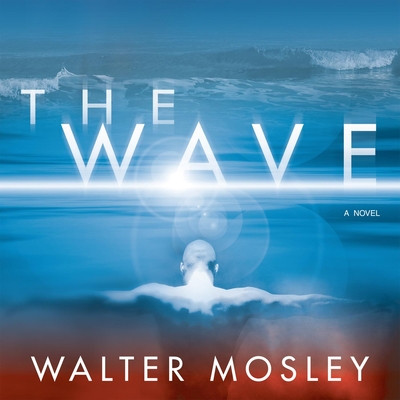 The New York Times bestselling author returns to science fiction with an eerie, transcendent novel of the near future. Errol’s father has been dead for several years. Yet lately Errol has been awakened in the middle of the night by a caller claiming to be his father. Is it a prank, or a message from the grave? When he hears the unmistakable sound of a handset being put down on a table, he decides to investigate. Curious and not a little unnerved, Errol sneaks into the graveyard where his father is buried. What he finds there changes his life forever. Caught up in a war between a secret government security agency and an alien presence infecting our world, touched by the Wave, he knows that nothing will ever be the same again.

A gifted performer, TIM CAIN has an eclectic résumé that includes Off-Broadway and many regional theatre prdoductions. He credits his storytelling skills to working live with varied artists such as jazz performers Eric Reed and Patti Austin, in additon to several holiday seasons traveling with the Trans-Siberian Orchestra.

WALTER MOSLEY is the author of 19 critically acclaimed books including the Easy Rawlins mysteries (Devil in a Blue Dress), the Fearless Jones series, numerous works of literary and short fiction, and a book for young adult readers. The Wave is his third work of science fiction, following Blue Light and Futureland. His numerous honors include the Anisfield-Wolf Award, a Grammy, an O’Henry Award, and a Sundance Institute Risktaker Award. He lives in New York City.
Loading...
or
Not Currently Available for Direct Purchase