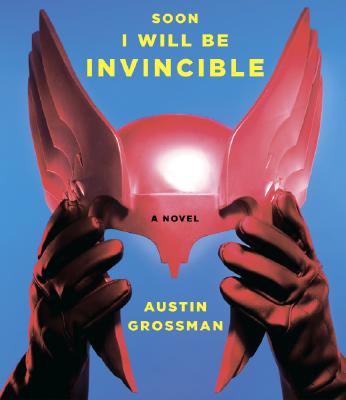 Soon I Will Be Invincible

A wildly entertaining first novel about good and evil, narrated by a cape-wearing superhero and a nefarious supervillain.

Fatale, a gleaming technological marvel built by the NSA as the next generation of warfare, is living in Boston, watching TV and listening to the police scanner. A woman of skin and chrome with a long silver ponytail, she's given the chance every superheroine dreams of: to join a once-famous group of beautiful young heroes, newly reunited to stop Dr. Impossible.

In alternating chapters, we see Dr. Impossible plan his comeback, and we watch the good guys—Fatale, Damsel, Blackwolf, Feral, CoreFire—come together in the face of unspeakable evil.

Featuring a cast of superheroes and supervillains with remarkably human emotions who inhabit a world strangely similar to our own, this is an outrageous adventure with a literary bent—a smart take on power and celebrity, glory and responsibility, and those old standbys, truth and justice.

A graduate of Harvard University, AUSTIN GROSSMAN is a video game designer and writer and has contributed to such games as Ultima Underworld II, SystemSchock, Deux Ex, and Tomb Raider: Legend. He is a doctoral candidate in English Literature at the University of California at Berkeley, where he specializes in Romantic and Victorian literature.

COLEEN MARLO was named Publishers Weekly’s 2010 Audiobook Narrator of the Year. Marlo is a two-time nominee for the prestigious Audie® Award, and has received three Listen Up Awards from Publishers Weekly. She is a member of The Actors Studio.
Loading...
or
Not Currently Available for Direct Purchase