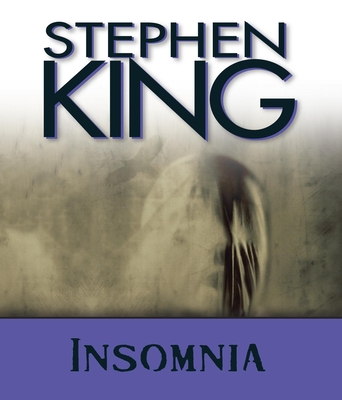 Ralph Roberts has an incurable case of insomnia, but lack of sleep is the least of his worries. Each night he stays awake, he witnesses more of the odd activity taking place in his town after dark than he wants to know. The nice young chemist up the street beats his wife and has delusions about beings he calls "The Centurions." A madman with a knife is trying to kill him, he's sure. And on the night May Locher died, one of the two bald men coming out of her house had a pair of scissors in his hand. What does it all mean? Ralph doesn't quite know. But the bizarre visions he's been having keep getting more intense, the strange deaths in Derry have just begun, and Ralph knows he isn't hallucinating.

Returning to the town of Derry, Maine, the setting of one of his most critically acclaimed novels, It, Stephen King combines bone-chilling realism with supernatural terror to create yet another masterpiece of suspense.

STEPHEN KING is a prolific and perennially bestselling author and an recognized master of the horror genre. He was the 2003 recipient of The National Book Foundation's Medal for Distinguished Contribution to American Letters.
Loading...
or
Not Currently Available for Direct Purchase