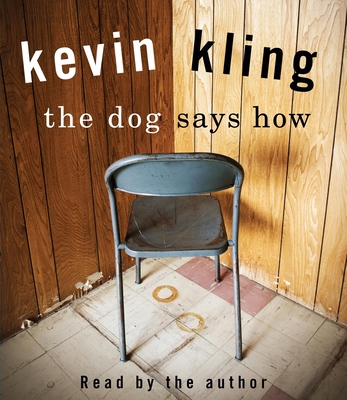 The Dog Says How (CD-Audio)

Kevin Kling is a master storyteller, as anyone knows who has seen him perform or heard him on National Public Radio's All Things Considered. Drawing on his memories—an eventful Christmas at the Klings, taxidermy class, hopping freight trains, getting struck by lightning, joining a circus, eating things before knowing what they are—he invites us into his life of growing up in Minnesota, traveling the world, and relying on the strangeness of others.

He also shares tales of overcoming personal tragedy, including a congenital arm disability and a near-fatal motorcycle accident. As a result of the accident, he could no longer type and had to learn to use voice-recognition software. The computer translated the barks of his dog into "How," hence the title, The Dog Says How.

Hilarious and tender, comical and deeply poignant, these 29 tales will please anyone who loves a good story.

Humorist and playwright KEVIN KLING grew up in Osseo, Minnesota, and now lives in Minneapolis. He built his reputation telling tales of Minnesota, with plays such as “21A” and “Fear and Loving in Minneapolis,” and has performed around the United States and in Australia, Sweden, and Edinburgh, Scotland. He is a frequent guest commentator on NPR.

Praise For The Dog Says How…

"His compelling stories can be just the jolt you need while waiting in traffic."--Minnesota Public Radio

"Having grown up in Minnesota, Kling can evoke frigid temperatures in a sentence or two; he's similarly skilled at emotional gear-shifting, drawing laughter just a few paragraphs before eliciting tears in essays like 'Prayer' and 'Rio.' Kling's collection will please any fan of his radio home, or of sister Public Radio programs 'This American Life' and 'A Prairie Home Companion'."--Publishers Weekly
or
Not Currently Available for Direct Purchase
Copyright © 2020 American Booksellers Association