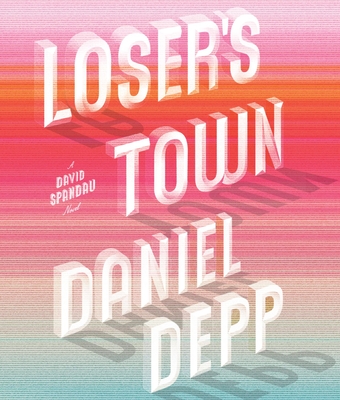 In this darkly comic thriller set in modern-day Hollywood, an aging private eye is hired by a rising young actor at the center of a scheme gone wrong.

David Spandau is a P.I. and sometime rodeo cowboy. At the tail end of some much-needed vacation time, he takes a meeting with a talent agent whose client, Bobby Dye, is being blackmailed and threatened. Dye is young, brash, and on the verge of becoming a major star—if he lasts that long. It turns out that Dye faked a threatening note to hide a far more incriminating secret. When Spandau agrees to investigate, the game gets deadly.

Spandau looks like Robert Mitchum and speaks like Humphrey Bogart playing Philip Marlowe. He is surrounded him with other fantastic characters: sadistic talent agents, ambitious mobsters intent on breaking into showbiz, small-time hustlers trying to stay out of the limelight. The setting is Hollywood today, but the mood is L.A. noir: crackling dialogue, a fast-paced plot, and the temptations and illusions unique to the City of Angels.

“There are a mere handful of writers who can describe a situation to the degree that it can send me into giggling fits: Hunter Thompson, Terry Southern, Tom Robbins, Bruce Robinson and my very own brother, Daniel. Yes I'm biased, but what brother wouldn't be? I'd be recommending this book, blood or no blood!”
—Johnny Depp, quoted in USA Today

“Recommended for lovers of mystery and crime fiction.”
—Library Journal

“Loser’s Town is one of those delicious noir novels about vice and corruption in Hollywood. . . . Depp creates characters as memorable as some of Elmore Leonard’s. . . . In the end, Loser’s Town wins on every count. It's cynical, sexy, funny and suspenseful. All good things.”
—New York Daily News

“Narrator Don Leslie also makes this first outing of a rodeo cowboy turned private investigator a pleasure. The whole first chapter showcases Leslie’s reading prowess, and he doesn’t let you down through the very end.”
—AudioFile

“Depp has created a classic American PI, with a nice Tinseltown twist, and Leslie expertly brings him to life.”
—Publishers Weekly

DANIEL DEPP is a practiced screenwriter, experienced Hollywood insider, and half-brother to actor Johnny Depp, to whom he dedicated his debut novel Loser's Town. He has been a journalist, bookseller, and teacher. Born in Kentucky, he now divides his time between California and France.

DON LESLIE has appeared on and off Broadway as well as in over fifteen feature films and various episodic television shows. He is an accomplished audiobook narrator and also voices commercials, on-air narrations, and movie trailers.
Loading...
or
Not Currently Available for Direct Purchase