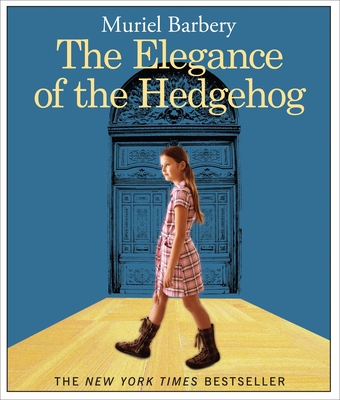 The Elegance of the Hedgehog

“This book contains two Japanophiles, one sarcastic French tween, and zero actual hedgehogs. It’s exactly the sort of warm, funny cosmopolitan novel I pore through the back gondolas of used bookstores looking for. The tension between Paloma and her wealthy parents, and the secret Renee the building concierge is hiding, are as relevant to today’s class struggles as when the book was written. Suicide is a tragedy; the silver lining is that we have literature to help us cope.”
— Holly Doering, Auntie's Bookstore, Spokane, WA
View the List

An enchanting New York Times and international bestseller and award-winner about life, art, literature, philosophy, culture, class, privilege, and power, seen through the eyes of a 54-year old French concierge and a precocious but troubled 12-year-old girl.

Renée Michel is the 54-year-old concierge of a luxury Paris apartment building. Her exterior (“short, ugly, and plump”) and demeanor (“poor, discreet, and insignificant”) belie her keen, questing mind and profound erudition. Paloma Josse is a 12-year-old genius who behaves as everyone expects her to behave: a mediocre pre-teen high on adolescent subculture, a good but not outstanding student, an obedient if obstinate daughter. She plans to kill herself on the sixteenth of June, her thirteenth birthday.

Both Renée and Paloma hide their true talents and finest qualities from the bourgeois families around them, until a wealthy Japanese gentleman named Ozu moves into building. Only he sees through them, perceiving the secret that haunts Renée, winning Paloma's trust, and helping the two discover their kindred souls. Moving, funny, tender, and triumphant, Barbery's novel exalts the quiet victories of the inconspicuous among us.

Praise For The Elegance of the Hedgehog…

“The novel wins over its fans with a life-affirming message, a generous portion of heart and Barbery’s frequently wicked sense of humor.”
—Time

“By turns very funny and heartbreaking . . . [Barbery’s] simple plot and sudden denouement add up to a great deal more than the sum of their parts.”
—Publishers Weekly

“This audio version of the surprise French bestseller hits the mark as both performance and story. Barbara Rosenblat positively embodies the concierge, Renée Michel . . . Cassandra Morris as the precocious girl who recognizes Renée as a kindred spirit is nothing short of a revelation.”
—Publishers Weekly [Starred Review]

“The invaluable Rosenblat, winner of 40 Golden Earphone Awards for superior recordings, invests Renée’s part of the story with the warmth and élan that always characterizes Rosenblat’s work. And Morris, a twenty-something actress who is able to sound uncannily like a 12-year-old, makes Paloma precocious but not bratty, a worthy partner in her half of the book.”
—Providence Journal

“. . . a beautiful love story that quietly takes on classism and the meaning of life in one fell swoop. The readings by Barbara Rosenblat and Cassandra Morris (Elsewhere) add life and realism.”
—Library Journal

“. . . a nuanced audio presentation that perfectly captures the unique eloquence, mordant wit and charm of its protagonists.”
—BookPage

“Lo and behold, yet another work that is more captivating . . . when read aloud than read off the page.”
—Sarasota Herald-Tribune

MURIEL BARBERY is a French novelist and professor of philosophy. Her second novel L'Élégance du hérisson (translated into English as The Elegance of the Hedgehog) topped the French best-seller lists for 30 consecutive weeks and is an international bestseller.

CASSANDRA MORRIS has done voiceover work for Disney, appeared on the Late Show with David Letterman, and can be seen in the future film Double Parked.