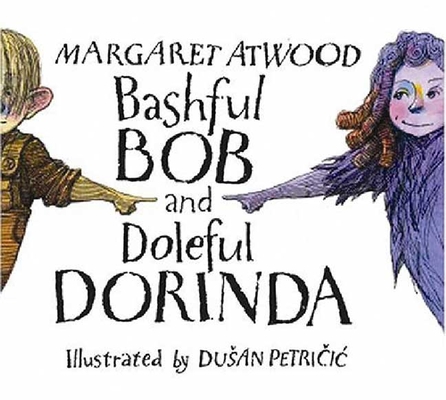 Bob never knew he was a human boy, after being abandoned outside a beauty parlor and then raised by a bunch of dogs. He barked at businessmen and burrowed under bushes. Fortunately for Bob, dimple-faced Dorinda, a distressed damsel down on her luck, found him and taught him how to be a real boy. When a bureaucratic blunder puts the town in jeopardy, only Bashful Bob and Doleful Dorinda can save everyone from a dreadful disaster.

Margaret Atwood is best known as the author of more than thirty books of poetry, fiction, and nonfiction, including The Blind Assassin, which won the Booker Prize. She has written several other children's books, including Rude Ramsay and the Roaring Radish and Princess Prunella and the Purple Peanut. She lives in Toronto, Canada.Dusan Petricic is the award-winning illustrator of more than twenty books for children. Petricic's work has also appeared in The New York Times, The Wall Street Journal, and The Toronto Star. He lives in Toronto, Canada.
or
Not Currently Available for Direct Purchase
Copyright © 2020 American Booksellers Association