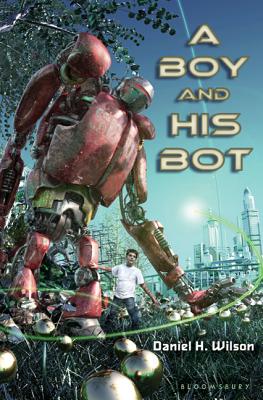 A Boy and His Bot

When young Code falls down a hole while following a mysterious robotic insect, he lands in a world that defies all imagination. Everything in Mekhos is made from metal and circuitry, including the citizens-who happen to be robots. To find his way home, Code must first cross Mekhos's bizarre and dangerous landscape to reach the Beam Stalk. There, an artifact known as the Robonomicon is being guarded by an evil ruler who has plans to destroy Mekhos. Can Code free the Robonomicon, save the robots of Mekhos from impending doom, and still get himself back to Earth in time to catch the school bus? With its dazzling array of robots and futuristic gadgetry, this rollicking story will hold special appeal for boys and budding sci-fi lovers everywhere.