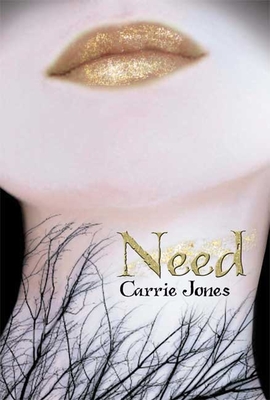 “Transplanted to Maine after her father's death, Zara finds herself tangled up with an attractively dangerous pixie boy, a pack of were-creatures, and the risk of eternal imprisonment. It's a page-turning story with real heft as Zara mourns, adapts to her new school, and navigates her fate.”
— Mark David Bradshaw, Watermark Books, Wichita, KS
View the List

Now fans of Stephenie Meyer and Melissa Marr have a new author to devour . . .

Zara collects phobias the way other high school girls collect lipsticks. Little wonder, since life's been pretty rough so far. Her father left, her stepfather just died, and her mother's pretty much checked out. Now Zara's living with her grandmother in sleepy, cold Maine so that she stays safe. Zara doesn't think she's in danger; she thinks her mother can't deal. Wrong. Turns out that guy she sees everywhere, the one leaving trails of gold glitter, isn't a figment of her imagination. He's a pixie--and not the cute, lovable kind with wings. He's the kind who has dreadful, uncontrollable needs. And he's trailing Zara. With suspense, romance, and paranormal themes, this exciting breakout novel has all the elements to keep teens rapidly turning the pages.

“Romance, suspense, and a very clever heroine make this a must-read!”  -- Toledo Blade

"It's not hard to see Twilight in the DNA of this novel. ...Genre fans will enjoy the sizzle between Nick and Zara as well as the paranormal cast." –PW

“The resolution of the book was definitely worthy of  praise, and I loved the action that the climax had built. This is a great book for suspense and romance lovers to read.” –Flamingnet.com

"Jones masterfully blends paranormal fantasy, suspense, and romance to craft a new supernatural tale that is certain to appeal to fans of dark urban fantasy like Marr's Wicked Lovely and paranormal romances like Meyer's Twilight books. A likeable cast of engaging and interesting characters combine with a plot that grabs readers and refuses to let go." --VOYA

"A fast-paced novel worthy of the fantasy greats, Need will take you for a ride." --VOYA, teen reviewer

CARRIE JONES is an award-winning author who recently graduated from Vermont College's MFA program. She is the author of the YA novels Girl, Hero; Love (and Other Uses for Duct Tape); and Tips on Having a Gay (ex)Boyfriend, which was nominated for a YALSA Quick Pick and won the Maine Literary Award. Carrie lives in Ellsworth, Maine. www.carriejonesbooks.com
Loading...
or
Not Currently Available for Direct Purchase