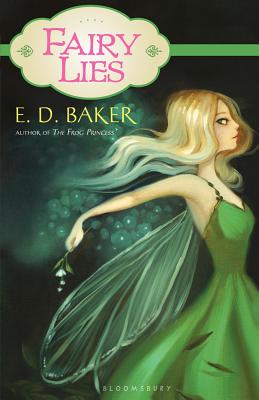 In this delightful sequel to Fairy Wings (originally titled Wings) the fairy princess Tamisin has been kidnapped from her home in the human world by Oberon, king of the fairies, who thinks he's her father. When Tamisin's boyfriend Jak finds out, he sets off to rescue her. In this funny and heartwarming romp through a land of fairies, goblins, sphinxes, unicorns, and many more, Tamisin and Jak try to regain their romance even as they find their way back to the human world.

E. D. Baker is a master of the madcap world of magical creatures and she demonstrates once more that a clever girl who shows a dose of kindness, humor, and common sense can overcome almost any fearsome foe, no matter how magical!

E. D. Baker is the author of The Tales of the Frog Princess series, including The Frog Princess, which was in part the inspiration for a new Disney movie which will be released this fall (The Princess and the Frog). Baker is also the author of Wings: A Fairy Tale. She lives with her family and many pets in Maryland. Visit www.edbakerbooks.com
Loading...
or
Not Currently Available for Direct Purchase