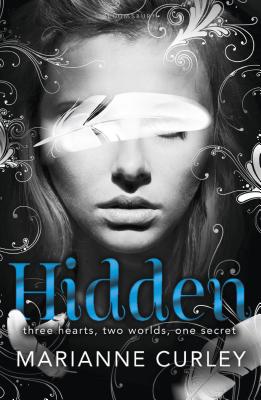 For as long as Ebony can remember, she's been sheltered. Confined to her home in a secluded valley, home-schooled by her protective parents, and limited to a small circle of close friends. It's as if she's being hidden. But something is changing in Ebony. Something that can't be concealed. She's growing more beautiful by the day, she's freakishly strong, and then there's the fact that she's glowing.

On one fateful night, Ebony meets Jordan and she's intensely drawn to him. It's as if something explodes inside of her--something that can be seen from the heavens. Ebony still doesn't know that she's a stolen angel, but now that the heavens have found her, they want her back.

Marianne Curley is also the author of The Guardians of Time trilogy and Old Magic. It has been seven years since Marianne's last book, The Key, because the author developed bone marrow cancer, which, thanks to her sister's donation of marrow, she has now beaten. This amazing new series is her first foray back into writing. Marianne lives in Australia. www.mariannecurley.com
Loading...
or
Not Currently Available for Direct Purchase