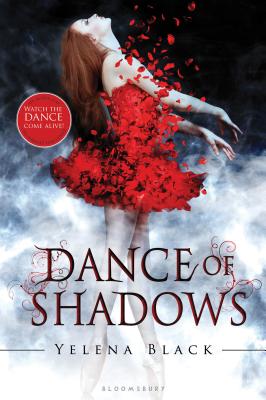 Vanessa knew that dance was in her blood, but she had no idea the world of elite ballet was center stage for the darkest of secrets-until her sister mysteriously disappeared from the world-renowned New York Ballet Academy.

Three years later, Vanessa follows in Margaret's footsteps, lands the role most girls at NYBA would kill for . . . and gets trapped in a sinister spiral of secrets. Back-stabbing bunheads, a fiercely unrelenting choreographer, and the sexy male lead of the troupe-they all want something from Vanessa. And though she revels in the attention, what Vanessa truly craves are answers. Instead, she feels as though she is losing her footing at every turn. Is she doomed to relive her sister's strange fate?

Riveting and sexy, Dance of Shadows twists the cutthroat world of ballet with a psychological thriller, in a dance you won't be able to resist.

YELENA BLACK is a recent MFA graduate of Columbia University. She currently resides in New York City and is a full-time writer. She has a keen interest in dance and all things devilish.

Praise For Dance of Shadows…

“Dance of Shadows is a wild dance that leaves you breathless, yet wanting more. I couldn't put it down.” —Alex Flinn, #1 NYT bestselling author of Beastly and Diva

“This debut novel is the first in a new series and is written so dynamically that the reader quickly becomes absorbed in the world of a highly competitive ballet academy combined with an occult element... The author has cleverly combined both worlds so that this book has appeal for both teen boys and girls." --VOYA, on Dance of Shadows"The novel swerves between thriller territory . . . coming-of-age angst . . . and customary dancer rivalries . . . with a romantic triangle, themes of dominance and submission, and a strained relationship between Vanessa and her mother also in the mix. . . . Black pulls off an enticingly eerie conclusion.” —BCCB, on Dance of Shadows