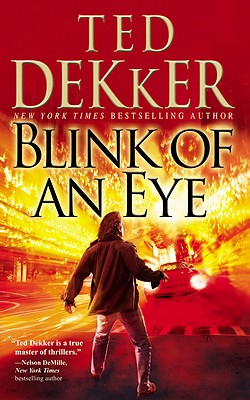 Blink of an Eye

Seth, a certified genius, and Miriam, a Saudi Princess, find themselves thrown together as fugitives in a high-stakes chase across Southern California. . . but with no sleep and a massive manhunt steadily closing in, their chances of surviving any future are razor thin.

Seth Borders has one of the world's highest IQs. Now he's suddenly struck by an incredible power, the ability to see multiple potential futures. Then Seth stumbles upon Miriam, a beautiful Saudi Arabian princess who has fled her veiled existence to escape a forced marriage. Cultures collide as Seth and Miriam are thrown together and forced to run from forces determined to kidnap or kill Miriam. An intoxicating tale set amidst the shifting sands of the Middle East and the back roads of America, Blink engages issues as ancient as the earth itself . . . and as current as today's headlines.