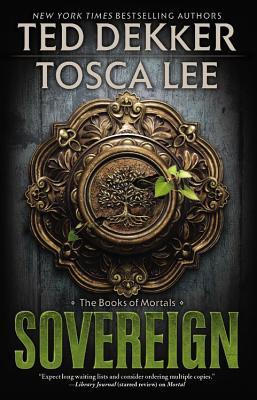 Sovereign (The Books of Mortals)

Nine years after Rom Sebastian was thrust into the most unlikely of circumstances as hero and bearer of an unimaginable secret, the alliance of his followers is in disarray. An epic battle with The Order has left them scattered and deeply divided both in strategy and resolve in their struggle to become truly alive and free.

Only 49 truly alive followers remain loyal to Rom. This meager band must fight for survival as The Order is focused on their total annihilation. Misunderstood and despised, their journey will be one of desperation against a new, more intensely evil Order. As the hand of this evil is raised to strike and destroy them they must rely on their faith in the abiding power of love to overcome all and lead them to sovereignty.

SOVEREIGN wonderfully continues the new testament allegory that was introduced in FORBIDDEN and continued in MORTAL.

Praise For Sovereign (The Books of Mortals)…

"...mammoth twists and head-pounding turns that will have readers and book clubs debating the roles of emotion and logic that drive human existence."
--- Publishers Weekly

"With great plot twists, compelling writing, and unanswered questions, this is a must-read for Dekker fans..."
--- Library Journal

TED DEKKER is a New York Times bestselling author of more than thirty novels with a total of more than 10 million books in print. He is known for thrillers that combine adrenaline-laced plots with incredible confrontations between good and evil.
Loading...
or support indie stores by buying on
(This book is on backorder)