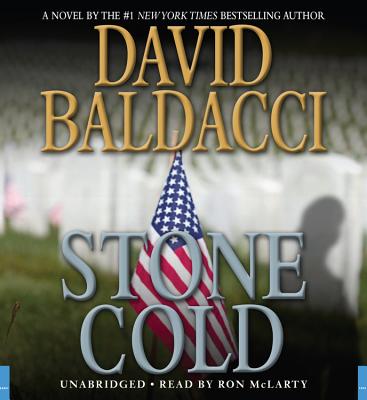 In this #1 New York Times bestseller of conspiracy and murder, the Camel Club faces their greatest threat yet: a casino king and a stone-cold killer who are determined to bury the truth.

Oliver Stone, the leader of the mysterious group that calls itself the Camel Club, is both feared and respected. Keeping a vigilant watch over our leaders in Washington D.C., the club has won over some allies, but it has also made some formidable enemies.

Annabelle Conroy, an honorary member of the Camel Club, is the greatest con artist of her generation. As an old, powerful mark hunts her down and the Camel Club tries to protect her, a new opponent suddenly arises.

One by one, men from Stone's shadowy past turn up dead. Behind this slaughter stands one man: Harry Finn. To almost all who know him, he's a loving father and husband who uses his skills to keep America safe. But Finn is also an unstoppable killer who now sets his lethal bull's-eye on Oliver Stone. And with Harry Finn, Stone may well have met his match.

"Baldacci does an excellent job of setting the scene and creating complex characters. (A) gripping page turner."—Associated Press

"The action is explosive. Readers will barely have time to catch their breath."—People


"He's hit the jackpot again...Baldacci pushes the pace pedal to the floor and takes the turns on two wheels."—New York Daily News

"The modern-day paladins of the Camel Club are back in their third exciting adventure...Gripping, chilling, and full of surprises, Baldacci's latest reveals the anarchy that lurks under the slick facade of corrupted governments."
—Publisher's Weekly (starred review)


"It's a sign of Baldacci's skills as a storyteller that he brings so many revenge-themed plots together into a single, riveting thriller. In STONE COLD, he ups the ante. Virtually every character, no matter which side of the power divide he occupies, plays both pursuer and pursued at some point in the novel."
—Richmond Times Dispatch