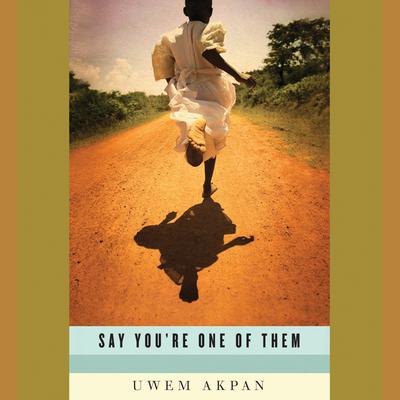 Uwem Akpan's stunning stories humanize the perils of poverty and violence so piercingly that few readers will feel they've ever encountered Africa so immediately. The eight-year-old narrator of "An Ex-Mas Feast" needs only enough money to buy books and pay fees in order to attend school. Even when his twelve-year-old sister takes to the streets to raise these meager funds, his dream can't be granted. Food comes first. His family lives in a street shanty in Nairobi, Kenya, but their way of both loving and taking advantage of each other strikes a universal chord.
In the second of his stories published in a New Yorker special fiction issue, Akpan takes us far beyond what we thought we knew about the tribal conflict in Rwanda. The story is told by a young girl, who, with her little brother, witnesses the worst possible scenario between parents. They are asked to do the previously unimaginable in order to protect their children. This singular collection will also take the reader inside Nigeria, Benin, and Ethiopia, revealing in beautiful prose the harsh consequences for children of life in Africa.
Akpan's voice is a literary miracle, rendering lives of almost unimaginable deprivation and terror into stories that are nothing short of transcendent.

Uwem Akpan was born in Ikot Akpan Eda in southern Nigeria. After studying philosophy and English at Creighton and Gonzaga universities, he studied theology for three years at the Catholic University of Eastern Africa. He was ordained as a Jesuit priest in 2003 and received his MFA in creative writing from the University of Michigan in 2006. "My Parents' Bedroom," a story from his short story collection, Say You're One of Them, was one of five short stories by African writers chosen as finalists for The Caine Prize for African Writing 2007. Say You're One of Them won the Commonwealth Writers' Prize for Best First Book (Africa Region) 2009 and PEN/Beyond Margins Award 2009, and was a finalist for the Los Angeles Times Art Seidenbaum Award for First Fiction. In 2007, Akpan taught at a Jesuit college in Harare, Zimbabwe. Now he serves at Christ the King Church, Ilasamaja-Lagos, Nigeria.