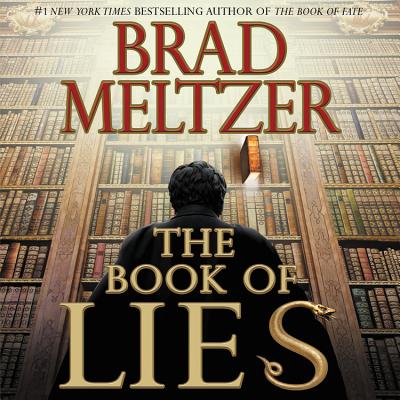 In Chapter Four of the Bible, Cain kills Abel. It is the world's most famous murder. But the Bible is silent about one key detail: the weapon Cain used to kill his brother. That weapon is still lost to history.

"Meltzer has earned the right to belly up to the bar with John Grisham, Scott Turow, and David Baldacci."—People

"After listening to Scott Brick's performances of two books in a row, the listener can really appreciate his versatility....Brick handles this clever but complicated plot with kid gloves. He plays the brothers, whose personalities are opposites, equally well and gives Meltzer's story line a rich and exciting reading. His performance is one in a million." (Praise for The Millionaires)—AudioFile Magazine

WINNER OF AN EARPHONES AWARD: "Brad Meltzer's latest entry to the NYT Bestsellers list sounds as good as it looks, thanks in large part to Scott Brick, who brings a sense of urgency to the characters.... Brick brings out the humanity of Meltzer's hero, who isn't a superman who laughs in the face of death, but a regular guy.... And no one does icy villains like Brick. Better allow some extra drive time--you won't want to turn this off." (Praise for THE BOOK OF FATE)—AudioFile Magazine