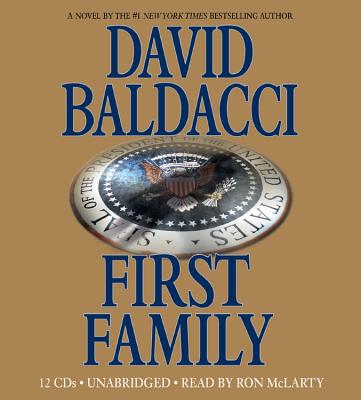 In this #1 New York Times bestseller, a child is kidnapped at a presidential retreat and two former Secret Service agents must become private investigators in a desperate search that might destroy them both.

A daring kidnapping turns a children's birthday party at Camp David, the presidential retreat, into a national security nightmare.

Former Secret Service agents turned private investigators Sean King and Michelle Maxwell don't want to get involved. But years ago Sean saved the First Lady's husband, then a senator, from political disaster. Now the president's wife presses Sean and Michelle into a desperate search to rescue a kidnapped child. With Michelle still battling her own demons, the two are pushed to the limit, with forces aligned on all sides against them-and the line between friend and foe impossible to define...or defend.

"Fightening...shocking...Sean and Michelle [are] surely one of the more interesting teams of private investigators...Baldacci is a more subtle writer now, able to tell stories of deep moral ambiguity and to create characters who balance on the line between hero and villain...It will be fascinating to watch where he takes these two heroes from here."
—Booklist

"What Baldacci does best is provide thrills, chills, and suspense. This novel is a total surprise from beginning to end."
—Columbus Telegram

"The story unfolds wonderfully. It's another top-flight thriller from this bestselling author, and it's good to see King and Maxwell again."
—Oklahoman