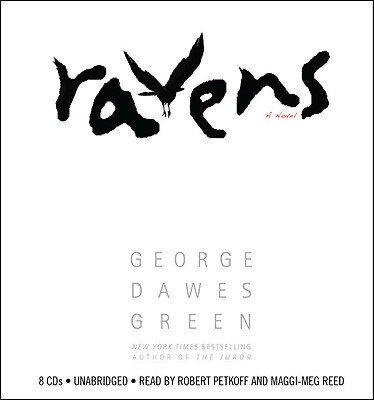 When Shaw McBride and Romeo Zderko drive into the small town of Brunswick , Georgia, their only thought is to fix their car's leaky right tire and continue on to Key West, Florida, away from their dead-end jobs as computer technicians in Ohio. But when Shaw discovers that the 318 million dollar Georgia State Lottery has just been claimed by an ordinary Georgia family, he sees an opportunity - he and Romeo will blackmail the Boatwright family for half their winnings and ditch their deadbeat lives for good.

Disguised as a state lottery representative, Shaw enters the Boatwright's home and holds the family hostage, while Romeo patrols the town, staking out the homes of the family's loved ones, should the Boatwrights refuse to comply with their demands. But Shaw isn't your average criminal out to make a quick buck. Instead, he has a grand messianic vision and he'll stop at nothing to see it through -- and soon, the Boatwrights find themselves living a Flannery O'Connor American nightmare from which they can't properly awaken.

At once frightening, comic, and suspenseful, RAVENS is a wholly original and utterly compelling novel from one of our most talented writers.

"Green's novel about a family terrorized by a pair of murderous drifters is even more chilling in audio...
Robert Petkoff renders Shaw and Romeo with a perfect blend of menace and panic, while Maggi-Meg Reed's theatrical Southern drawl captures the community perfectly. This is a top-notch presentation with performances that will keep listeners enthralled and entertained from beginning to end."

George Dawes Green is a highly acclaimed novelist and poet. He currently divides his time between Georgia and New York.
Loading...
or
Not Currently Available for Direct Purchase