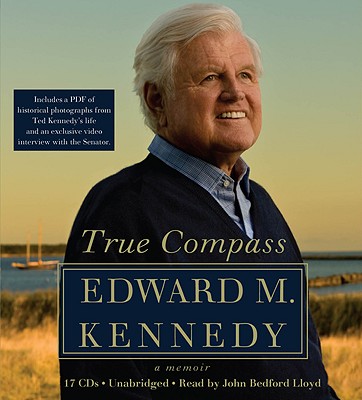 "In bringing Kennedy's sweeping memoir to life, John Bedford Lloyd conveys an intimacy and sincerity that allows for reverence without idolatry...Bonus features include a video interview, largely a summary of the book's contents, though still priceless from the standpoint of historical posterity. The PDF of photographs offers a rather impressive visual resource spanning the time period of Kennedy's narrative."—Publishers Weekly

Edward M. Kennedy has represented Massachusetts in the United States Senate for forty-seven years. In 2004 he began interviews at the Miller Center of the University of Virginia for an oral history project about his life. Since then, he has drawn from his fifty years of contemporaneous notes from his personal diaries and worked closely on this book with Pulitzer Prize winner Ron Powers, coauthor of Flags of Our Fathers and author of Mark Twain: A Life.
Loading...
or
Not Currently Available for Direct Purchase