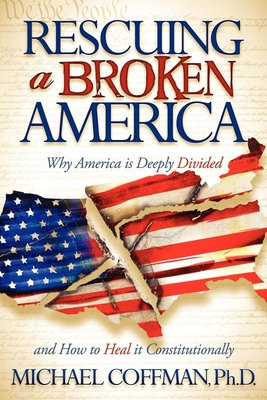 Why America Is Deeply Divided and How to Heal It Constitutionally

There has been a deliberate effort over the past 100 years to change the worldview of Americans from a liberty and constitutionally focused world view, based on the writings of Englishman John Locke, to that of government control of the individual based on the writings of Frenchman Jean Jacque Rousseau. Rousseau's model of state control now dominates government policy and America's worldview, and the free market, civil liberties and protections guaranteed by the United States Constitution are being destroyed. The Rousseau worldview dominates our education, judicial, media, and legislative institutions with what is called progressivism. This leads to socialism, fascism, and even communism. It is what has inflamed the backlash known as the tea party movement.
There is hope, however. Although seriously weakened, the Constitution still stands, and its protections are still in most laws at the federal and state level that offers protections for local communities that are generally unknown to most people--even attorneys. Rescuing A Broken America explains why Americans are so divided, how the destruction of liberty occurred, who is behind it, and how Americans can stop this destruction of our way of life by electing constitutionally based candidates to office and protecting their communities from egregious federal and state laws and regulations.

Michael Coffman has a Ph.D. in ecosystems analysis, has led a multimillion dollar research effort in global warming, and has studied other national/international environmental and geopolitical issues. Coffman has written books and produced DVDs about the environmental movement and geopolitics as well as dozens of magazine articles, hundreds of speeches and thousands of radio interviews. He lives in Bangor, Maine.
or support indie stores by buying on
Copyright © 2020 American Booksellers Association