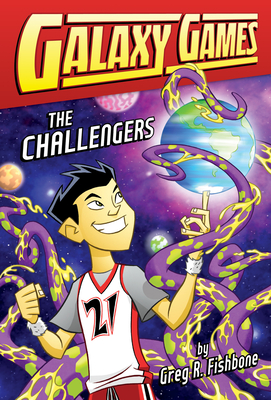 Ty Sato and several other Earth children who are recruited by aliens to play in the Galaxy Games earn Earth a spot in the galactic community and save planet Mrendaria from galactic shunning.

Things are looking up for Tyler Sato (literally ) as he and his friends scan the night sky for a star named for him by his Tokyo cousins in honor of his eleventh birthday. Ordinary stars tend to stay in one place, but Ty's seems to be streaking directly toward Earth at an alarming rate. Soon the whole world is talking about TY SATO, the doomsday asteroid, and life is turned upside down for Ty Sato, the boy, who would rather be playing hoops in his best friend's driveway.

Meanwhile, aboard a silver spaceship heading for Earth, M'Frozza, a girl with three eyes and five nose holes, is on a secret mission. M'Frozza is the captain of planet Mrendaria's Galaxy Games team, and she is desperate to save her world from a dishonorable performance in the biggest sporting event in the universe.

What will happen when Ty meets M'Frozza? Get ready for the most important event in human history-it'll be off the backboard, around the rim, and out of this world

Greg Fishbone serves as Assistant Regional Coordinator for the three New England chapters of the Society of Children's Book Writers and Illustrators. In addition to the Galaxy Games series, he is also the author of the novel The Penguins of Doom. Greg grew up in Boston where he developed his love of sports, history, and clam chowder. After college, he attended law school in three countries, including Japan. He considered staying until he learned that the Japanese term for foreign attorney working in Japan, could also mean outhouse. This made for many awkward conversations including the line, I am studying hard and hope to become an outhouse someday. Practicing law by day and writing by night, Greg still hopes to become an outhouse someday. You can find out more about him at gregfishbone.com.
Loading...
or
Not Currently Available for Direct Purchase