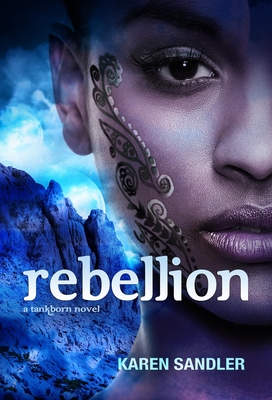 In a world where half the population is genetically engineered, what does it mean to be human? The acclaimed TANKBORN trilogy rushes to a thrilling conclusion with Rebellion

In a world where half the population is genetically engineered, what does it mean to be human?

Kayla is a GEN--a genetically engineered nonhuman--in a world torn apart by castes separating GENs from real humans. In the wake of a devastating bomb blast, Kayla finds herself at the headquarters of the organization that planted the bomb--and many others like it in GEN food warehouses and homes. Her biological mother tells her that Devak is dead and that Kayla must join their terrorist group, which is ramping up for something big. Now Kayla must pretend to embrace this new role in an underground compound full of paranoia as she plots a way to escape and save her friends.

Meanwhile, Devak has emerged from his healing in a gen-tank, only to be told that Kayla is dead and his family has fallen from grace. Can he overcome his grief enough to notice the clues that point to Kayla?

As Kayla and Devak fight to find each other and stop the bloodshed, the Tankborn trilogy rushes to a thrilling conclusion

KAREN SANDLER is the author of the Tankborn trilogy as well as seventeen novels for adults and several short stories and screenplays. Before becoming a full-time writer, she worked as a software engineer, including work on the Space Shuttle program and communications satellites. She lives in northern California with her husband, Gary, and their three cats, and can often be found riding her Andalusian/Morgan mare, Belle. Find out more at karensandler.net.
Loading...
or
Not Currently Available for Direct Purchase