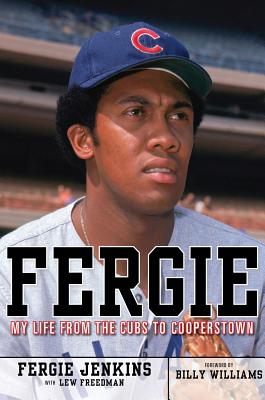 My Life from the Cubs to Cooperstown

Jenkins' life story—from Chatham, Ontario, to Cooperstown—is compelling, and Fergie tells it himself in his own unique and inimitable style. A tremendous all-around athlete who has always been proud of his roots and representing his country during a lifetime in the game, Jenkins established a reputation as one of the greatest pitchers of not only his era but of all time. A strikeout king who whiffed more than 3,000 batters, Jenkins earned the trust of his managers as a pitcher who completed what he started. This is the story of a man who refused to be leveled by sadness and disappointments away from the playing field. It is also the story of behind-the-scenes good humor in clubhouses and what takes place on baseball teams as they live and play together for months at a time, as only Fergie can tell it.

Fergie Jenkins is a former Major League Baseball pitcher who was w three-time All Star and the 1971 National League Cy Young Award winner. He was elected into the MLB Hall of Fame in 1991. Lew Freedman is the author of 35 books. A former sportswriter for the Chicago Tribune, Anchorage Daily News, and Philadelphia Inquirer, Freedman has won more than 250 journalism awards. He lives in the Chicago area. Billy Williams is a former Major League Baseball player and teammate of Fergie Jenkins.