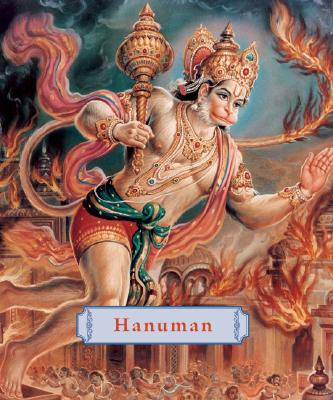 A gorgeously illustrated spiritual classic filled with humor and heroism The timeless story of Hanuman, the monkeygod, is that of a valiant superhero best known for battling the demon Ravana in the classic tale Ramayana. But there is much more to know about Hinduism's bravest, most endearing figure. As a youth, Hanuman's pranks often led him into trouble with the village elders. Eventually they cast a spell, causing him to forget his immense powers. In a cursed state of ignorance, young Hanuman believed himself to be just an ordinary monkey. He realized his potential as a warrior only later, while resuing Sita, the kidnapped wife of Ra, a, from the cluthches of Ravana. Although Hanuman developed mesmerizing mystic abilities as he matured, it is his sensitivity and devotion to King Rama that make him such a memorable character.

Joshua Greene is an author, filmmaker and communications consultant specializing in issues of faith. Greene has written a broad range of books from his acclaimed examination of the spirituality of Beatles guitarist George Harrison: Here Comes the Sun: The Spiritual and Musical Journey of George Harrison, to WITNESS: Voices from the Holocaust and his work with Mandala on Hanuman: The Heroic Monkey God. Joshua Greene currently resides in New York City.
or support indie stores by buying on
Copyright © 2020 American Booksellers Association