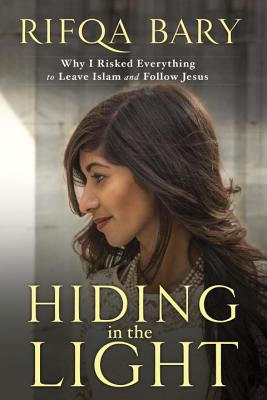 Hiding in the Light (Hardcover)

Why I Risked Everything to Leave Islam and Follow Jesus

Leaving Islam for Christianity cost her more than she imagined, but gave more than she could have dreamed. Rifqa Bary grew up in a devout Muslim home, obediently following her parents' orders to practice the rituals of Islam. But God was calling her to freedom and love. He was calling her to true faith. He was calling her to give up everything. Hiding in the Light is the story of Rifqa's remarkable spiritual journey from Islam to Christianity. It is also the untold story of how she ran from her father's threats to find refuge with strangers in Florida, only to face a controversial court case that reached national headlines. Most of all, it is the story of a young girl who made life-changing sacrifices to follow Jesus--and who inspires us to do the same.

Fatima Rifqa Bary, a native of Sri Lanka, moved with her family to the United States at the age of eight. She secretly converted from Islam to Christianity at age twelve. When her family discovered her secret four years later, she ran away from home--and her story made national headlines. Still living in an undisclosed location, Rifqa's passions are prayer, missions, and people. She also cherishes long talks with loved ones over coffee and eating lots of chicken curry.
or
Not Currently Available for Direct Purchase
Copyright © 2020 American Booksellers Association