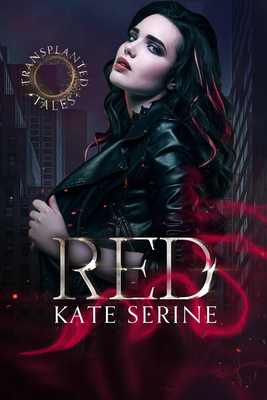 "My name is Tess Little. But everyone calls me Red."

Once upon a time, a spell went awry, stranding Make Believe characters in the ordinary world. Since then, Tess "Red" Little--a/k/a Little Red Riding Hood--has worked as an Enforcer for the Chicago branch of the Fairytale Management Authority. But, consider yourself warned--she's not just some waif with a basket of goodies. All grown up and with nothing to lose, a gun and combat boots is more her style. And Red's new assignment threatens to be short on happily ever afters. . .

Someone is murdering transplanted Tales in gruesome fashion. The list of fictional characters capable of such grisly acts is short and includes more than one of Red's old flames. And if that wasn't bad enough, there's another complication, in the form of sexy, enigmatic Nate Grimm, the FMA's lead detective and part-time Reaper. Used to following her own rules and living life on the edge, Red has managed to avoid taking on a partner until now. But Nate's dark side makes him perfect for a case like this. That is, if she can trust him. Because if there's one thing Red knows for sure, it's that believing in the wrong person can have big, bad consequences. . .

"It's not often that something totally new and entertaining comes along, but Kate SeRine doesn't disappoint with Red. I definitely recommend this to readers who want humor, drama, suspense, and a truly entertaining, "feel good" romance." --Kate Douglas

"If you love fantasy, romance and old fashion gumshoe detective stories you are in for a great read " --The Best Fantasy Stories

"Red ROCKED The writing was smart and clever, and I really enjoyed SeRine's voice." --Basia's Bookshelf

Kate SeRine (pronounced "serene") faithfully watched weekend monster movie marathons while growing up, each week hoping that maybe this time the creature du jour would get the girl. But every week she was disappointed. So when she began writing her own stories, Kate vowed that her characters would always have a happily ever after. And, thus, her love for paranormal romance was born.

Kate lives in a smallish, quintessentially Midwestern town with her husband and two sons, who share her love of storytelling. She never tires of creating new worlds to share and is even now working on her next project.