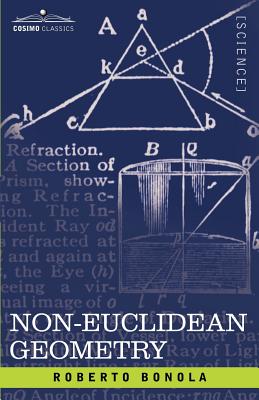 "Non-Euclidean Geometry is a history of the alternate geometries that have emerged since the rejection of Euclid's parallel postulate. Italian mathematician ROBERTO BONOLA (1874 1911) begins by surveying efforts by Greek, Arab, and Renaissance mathematicians to close the gap in Euclid's axiom. Then, starting with the 17th century, as mathematicians began to question whether it was actually possible to prove Euclid's postulate, he examines non-Euclidean predecessors Saccheri, Lambert, Legendre, W. Bolyai, Wachter, and Thibaut, and non-Euclidean founders Gauss, Schweikart, Taurinus, Lobachevski, and J. Bolyai. He concludes with a look at later developments in non-Euclidean geometry. Including five appendices and an index of authors, Bonola's Non-Euclidean Geometry is a useful reference guide for students of mathematical history.