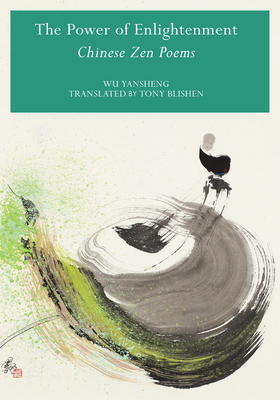 This collection of Zen poems and essays guides readers towards the joy of life. In the 1,600 years that have elapsed since the arrival of Indian Buddhism in China during the Han and Jin dynasties, Buddhist monks and scholars have integrated the essence of Zen Buddhist thought with the classical forms of Chinese literature to create over 30,000 simple, lively poems of deep moral significance. Their authors convey an understanding of Zen, of its practice, or of the knowledge gained through meditation, they promote its philosophical principles and display its interest. The poems are widely known, long lived and much loved. Professor Wu Yansheng has selected 66 classic poems by 54 historical scholars or monks ranging from Tao Yuanming (365-427), Han Shan (7th and 8th centuries), Wang Wei (701-761), to Xu Yun (1840-1959). He provides insights and a detailed introduction to the author of each poem in the hope of guiding the reader towards the realms of Zen and its poetry. These poems represent the highest achievement of Zen poetry. The single qualification for inclusion has been depth of feeling and understanding. Each poem indicates a realm where the duality of opposites has been transcended to achieve spiritual harmony. It shows the way to release and spiritual freedom. It shows a garden of peace of mind that brings restlessness to an end. In opening this book, the reader will...

Professor Wu Yansheng holds doctorates in literature and philosophy and is currently Director of the Institute of Buddhist Studies and professor and supervisor of doctoral candidates at Shaanxi Normal University. He is also editor-in-chief of Chinese Zen Studies. His publications include the Zen trilogy: The Origins of Zen Thought, Philosophical Symbols of the Zen School and The Realm of Poetry and Verse in the Zen School, all published in 2001, Chinese Zen: A Path to Peace and Happiness and more than a dozen other works. He has also edited, amongst others in A Conversation between Buddhism and Christianity (2005). He is the founder of the website "Buddhist Research" wuys.com and set up the academic forum on "The Compassionate Buddhist Culture." In recent years he has been visiting professor in Zen Buddhist wisdom at Peking University, Tsinghua University and other academic institutions, as well as being an extremely popular speaker at Zen forums throughout China.
or support indie stores by buying on
Copyright © 2020 American Booksellers Association