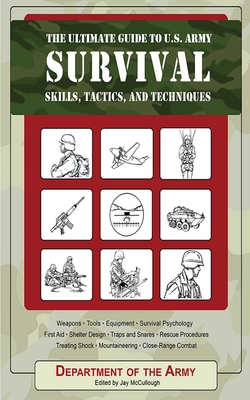 With almost 1000 illustrated pages of official US Army instruction, this is the biggest, most thorough book of Army skills available. It’s a treasure trove for active soldiers and anyone who wants to know how the US military operates.

Here are the most useful and curious tactics for the would-be soldier, historian, movie-maker, writer, or survivalist, including techniques on:

With hundreds of photographs and illustrations showing everything from edible plants to rare skin diseases of the jungle, every page reveals how useful Army knowledge can be.