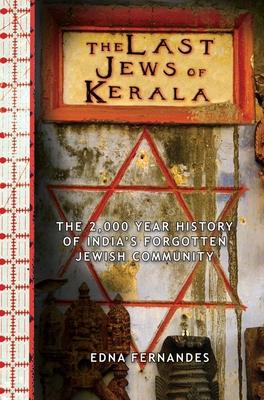 The Last Jews of Kerala

Two thousand years ago, trade routes and the fall of Jerusalem took Jewish settlers seeking sanctuary across Europe and Asia. One little-known group settled in Kerala, in tropical southwestern India. Eventually numbering in the thousands, with eight synagogues, they prospered. Some came to possess vast estates and plantations, and many enjoyed economic privilege and political influence. Their comfortable lives, however, were haunted by a feud between the Black Jews of Ernakulam and the White Jews of Mattancherry. Separated by a narrow stretch of swamp and the color of their skin, they locked in a rancorous feud for centuries, divided by racism and claims and counterclaims over who arrived first in their adopted land. Today, this once-illustrious people is in its dying days. Centuries of interbreeding and a latter-day Exodus from Kerala after Israel's creation in 1948 have shrunk the population. The Black and White Jews combined now number less than fifty, and only one synagogue remains. On the threshold of extinction, the two remaining Jewish communities of Kerala have come to realize that their destiny, and their undoing, is the same.

The Last Jews of Kerala narrates the rise and fall of the Black Jews and the White Jews over the centuries and within the context of the grand history of the Jewish people. It is the story of the twilight days of a people whose community will, within the next generation, cease to exist. Yet it is also a rich tale of weddings and funerals, of loyalty to family and fierce individualism, of desperation and hope.