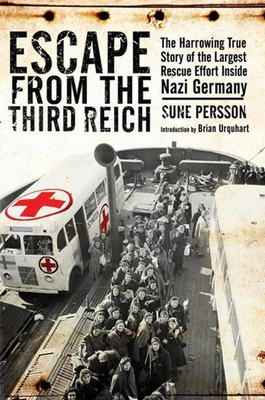 Escape from the Third Reich

The Swedish Red Cross expedition to the German concentration camps from March to April 1945 was the largest rescue effort inside Germany during WWII. Led by Count Bernadotte of Wisborg, the mission became known for its distinctive buses: Each bus was purposefully painted entirely white except for the Red Cross emblem on the side so that they would not be mistaken for military targets. According to conservative figures in May 1945, at least 17,000 prisoners were transported to Sweden by these white buses.

In this first book to detail this remarkable and hazardous operation, and with never-before-published photographs of the bus journeys, the details of Bernadotte’s harrowing expedition to Ravensbruck concentration camp and his secret negotiations with Heinrich Himmler are revealed.