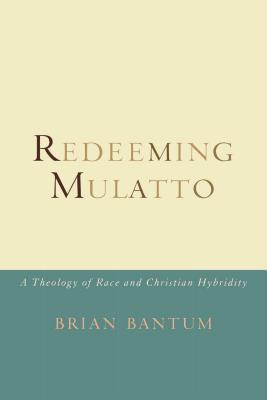 A Theology of Race and Christian Hybridity

The theological attempts to understand Christ's body have either focused on philosophical claims about Jesus' identity or on contextual rebuttals--on a culturally transcendent, disembodied Jesus of the creeds or on a Jesus of color who rescues and saves a particular people because of embodied particularity.

But neither of these two attempts has accounted for the world as it is, a world of mixed race, of hybridity, of cultural and racial intermixing. By not understanding the true theological problem, that we live in a mulatto world, the right question has not been posed: How can Christ save this mixed world? The answer, Brian Bantum shows, is in the mulattoness of Jesus' own body, which is simultaneously fully God and fully human.

In Redeeming Mulatto, Bantum reconciles the particular with the transcendent to account for the world as it is: mixed. He constructs a remarkable new Christological vision of Christ as tragic mulatto--one who confronts the contrived delusions of racial purity and the violence of self-assertion and emerges from a hybridity of flesh and spirit, human and divine, calling humanity to a mulattic rebirth. Bantum offers a theology that challenges people to imagine themselves inside their bodies, changed and something new, but also not without remnants of the old. His theology is one for all people, offered through the lens of a particular people, not for individual possession but for redemption and transformation into something new.

Brian Bantum is Associate Professor of Theology at Seattle Pacific University and Seminary. He lives in Seattle, Washington.
Loading...
or
Not Currently Available for Direct Purchase