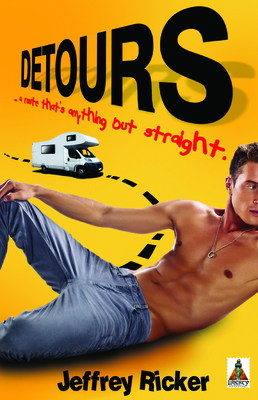 Joel Patterson should be happier than ever. He's just returned from a two-week vacation in London, where he met Philip, who might be the man of his dreams. Instead, Joel's heading to Maine for his mother's funeral. He quits his job to fulfill one last request for his mother: unload his parents' albatross of an RV by delivering it to an old family friend--in California. Somehow, Joel's high school friend Lincoln has invited himself along on the ride--and into Joel's bed. The other person who's invited herself along? The ghost of his mother, who still has plenty to say about her son's judgment (or lack thereof). Joel has to get the RV to San Francisco, get rid of Lincoln, and get back to Philip. It would also make him feel better if he learned what's keeping his mother tied to this earthly plane. However Joel manages it, the route is likely to be anything but straight.