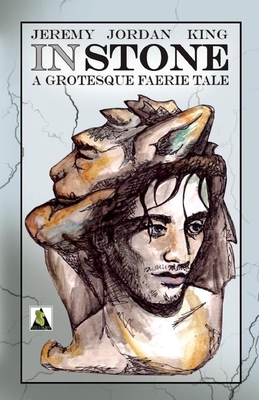 Jeremy is stuck, like most young New Yorkers, in a world between adolescence and adulthood. Just when he thought that he was an average, blend-in-with-the-crowd gay kid, he becomes the victim of a terrible act of homophobia. Thankfully, a mysterious something comes to his aid. Garth is a gargoyle, trapped in stone and cursed to live an immortal life. Human and monster must become friends and confront the mysterious and magical events of the past that have brought them together.

Jeremy grew up in South Jersey, where his primary life goal was to become a mermaid. When that proved impossible, he decided that the next best thing would be to move to New York City and study theater at Marymount Manhattan College. He lived an actor's life for several years before he realized that he'd be more satisfied as a writer. And he was. Most of his work centers on the gay "emerging adult" as he struggles with finding purpose, happiness, and love in a world not quite built for him. He's also inspired by the fantastic (or what he hopes to be fantastic). Bringing the extraordinary into a rather ordinary world is a theme that he loves to revisit. Besides fiction, he dabbles in essays, screenwriting, and illustration. He shares an apartment in Manhattan with his best friends and a strange little dog. Read all about it at www.generalfaggotry.com. In Stone is his first novel.
Loading...
or
Not Currently Available for Direct Purchase