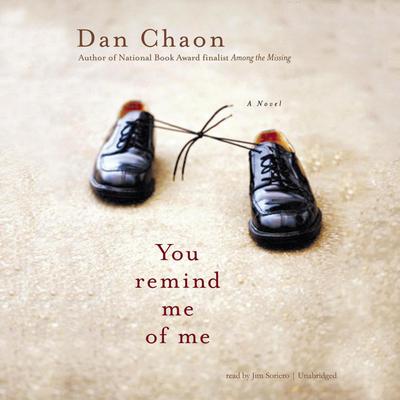 You Remind Me of Me (Digital Audiobook)

You Remind Me of Me begins with a series of separate incidents: In 1977, a little boy is savagely attacked by his mother’s pet Doberman; in 1997, another little boy disappears from his grandmother’s backyard on a sunny summer morning; in 1966, a pregnant teenager admits herself to a maternity home, with the intention of giving her child up for adoption; in 1991, a young man drifts toward a career as a drug dealer, even as he hopes for something better. With penetrating insight and a deep devotion to his characters, Dan Chaon explores the secret connections that irrevocably link them. In the process he examines questions of identity, fate, and circumstance: Why do we become the people that we become? How do we end up stuck in lives that we never wanted? Can we change the course of what seems inevitable?

Dan Chaon is the acclaimed author of Among the Missing, which was a finalist for the National Book Award. He is also the author of You Remind Me of Me, which was named one of the best books of the year by the Washington Post, Chicago Tribune, San Francisco Chronicle, Christian Science Monitor, and Entertainment Weekly, among other publications. He has been a finalist for the National Magazine Award in Fiction and was the recipient of the 2006 Academy Award in Literature from the American Academy of Arts and Letters. Chaon lives in Cleveland, Ohio, and teaches at Oberlin College, where he is the Pauline M. Delaney Professor of Creative Writing.