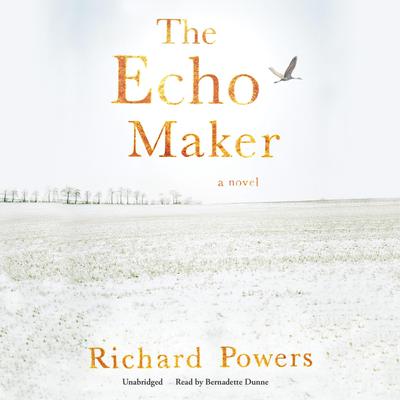 On a winter night on a remote Nebraska road, twenty-seven year old Mark Schluter flips his truck in a near fatal accident. His older sister, Karin, returns to nurse Mark back from a traumatic head injury. But when he emerges from a coma, Mark believes that this woman is really an impostor who looks just like his sister. Shattered, Karin contacts the cognitive neurologist Gerald Weber, who eagerly investigates. What he discovers in Mark slowly undermines even his own sense of being. Meanwhile, Mark attempts to learn what happened the night of his inexplicable accident-armed only with a note left by an anonymous witness.

Richard Powers is the author of numerous novels and has received a MacArthur
Fellowship, a Lannan Literary Award, and the James Fenimore Cooper
Prize for Historical Fiction.